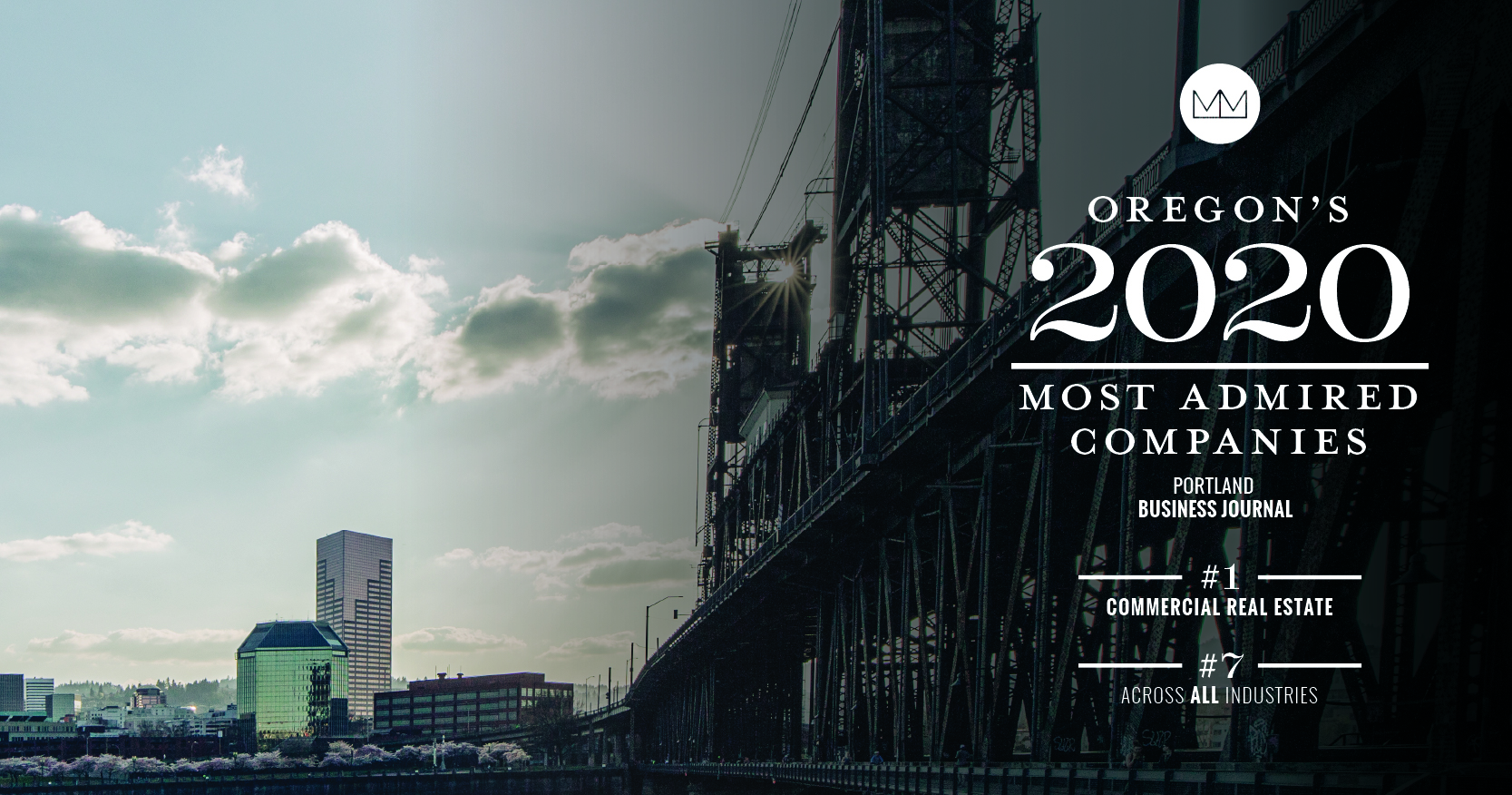 At the end of 2020 we were honored to be on the Portland Business Journal’s Most Admired Companies list. Each year the PBJ surveys thousands of CEOs in Oregon and SW Washington, asking them to nominate and recognize which companies they admire most. Last year, 6,000 executives participated in the nominations and for the fifth consecutive year, Melvin Mark Companies was named Oregon’s #1 Most Admired Real Estate Company. We were also recognized as Oregon’s #7 Most Admired Company across all industries and are humbled and grateful for both of these designations.

We are proud of everyone on our incredible team and the stewardship that our CEO Jim Mark provides for the company – especially during the past year of challenges. We feel privileged to be acknowledged amongst companies that are leading the Portland business community into the future.

In his interview with PBJ, Jim said: “I think successful companies have the ability to figure out ways of succeeding in challenging times.” He added optimistically: “I’m looking forward to 2021 and I think Oregon will have successes as we move forward – thanks to the people that are here and this great city and state we live in.”

Watch as Jim Mark shares more of his thoughts on 2020’s achievement in the video below: