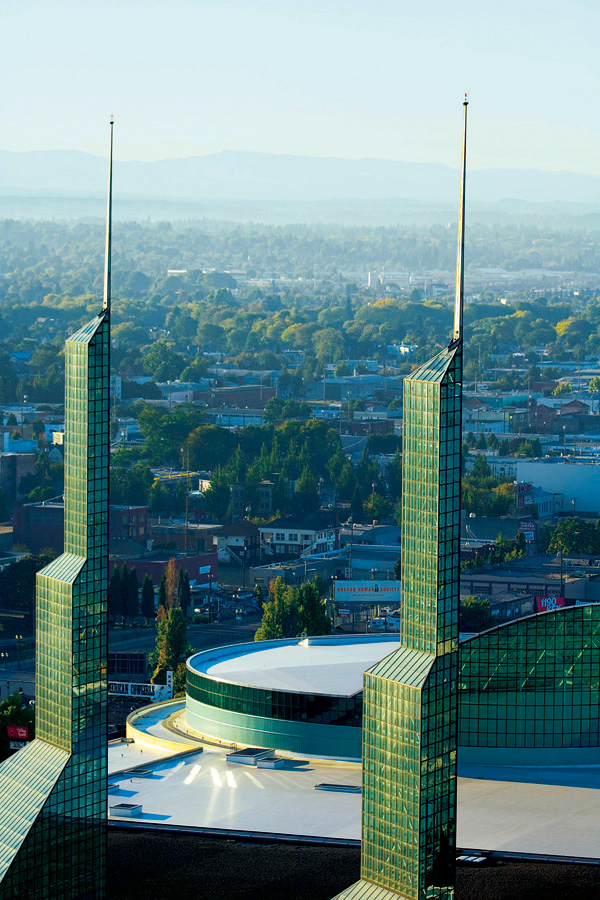 Portland’s east side was first founded on a land claim by James B. Stephens in 1845. Back then, the area was mainly marshy ground and sprawling creeks, which made it a good place to grow produce. Much of the produce was sold and distributed via the Willamette and Columbia Rivers, which gave the east side its first nickname: “Produce Row.”

By 1869, the East-Side Oregon Central Railroad was built to connect East Portland to Salem. This helped increase the shipment of agricultural products and promoted the growth of businesses like hotels, churches, sawmills, shoe factories, and banks in what was then known as “East Portland.”

A few years later in 1887, the Morrison Bridge was built and was the first to link the west side (known as Portland) to East Portland. This allowed East Portland’s population to triple, with more people living, working, and supporting businesses in the area. By 1891, East Portland, Portland, and Albina combined to form Portland, and East Portland eventually became known as the “Central Eastside” area of the city.

Over the years, the marshy lands of the east side transformed into multi-story office towers, high-rise apartments, industrial buildings, and retail spaces. A report by the City of Portland says, “The slow evolution of the Central Eastside into an industrial area has shaped the urban form we see today. With each successive era, the types of buildings and transportation infrastructure in the district have changed to meet the business needs.”

The Central Eastside area runs west to east from the Willamette River to SE 12th Ave and north to south from E Burnside St to SE Belmont St. According to JLL, 477,000 square feet of new office space has been delivered since 2016 and tenant demand has remained strong. In addition to the 12 projects that were completed in the area in the last three years, there are eight projects under construction and seven proposed for the Eastside: