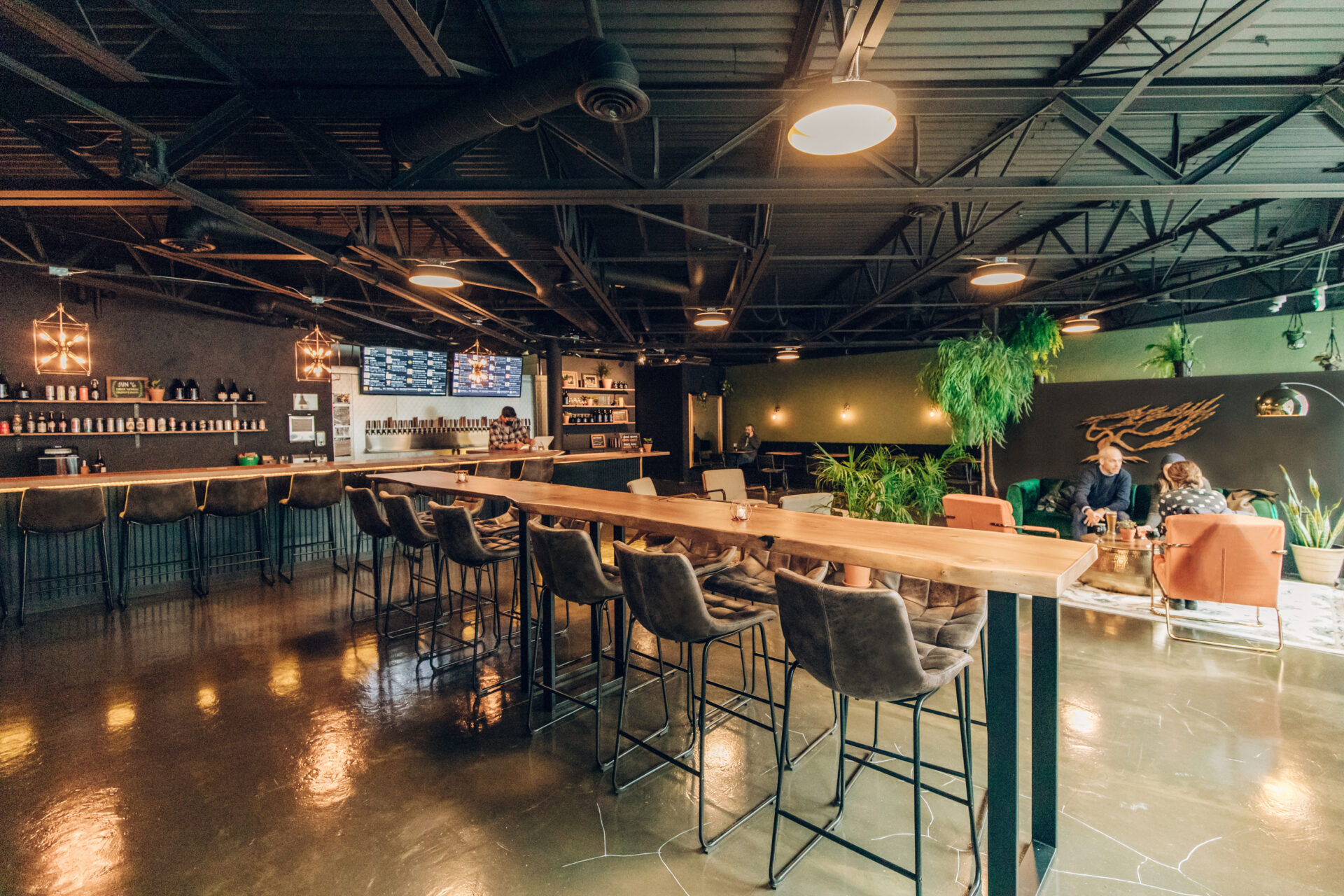 Downtown Portland’s Yamhill Historic District sits nestled between SW Taylor St and SW Morrison St and is bordered east to west by the Willamette River and SW 3rd Ave. It’s home to unique coffee shops like Café Ponte and 40 LBS Coffee Bar, restaurant favorites like Luc Lac and Q Restaurant, and now, a cozy taphouse that nods to both the Pacific Northwest and The Lord of the Rings.

“We wanted to be in the heart of Portland,” says Hanna Seidel, daughter of David and Betsy. “I came to check out… the quadrants of the city and the vibe of each area, and we just fell in love with Downtown. The neighborhood and the building itself were a lot of the draw for us wanting to be in that space specifically.”

Hanna will be Treebeerd’s general manager while her brother Luke, who helped open the Corvallis location and whom she refers to as the “beer guy of the family,” will be curating its 36 rotating taps.

The Seidels always imagined returning to the Pacific Northwest. Though David and Betsy previously lived in the Corvallis area for a brief period of time, the family is originally from Wisconsin. When the opportunity to open a Corvallis taphouse came up a couple years ago, they and their son Luke took it. Now that Hanna has relocated from her home in Denver, the family is back together in a place they love and are thrilled to be in Downtown Portland.

“We’re excited to be working on this together… [and] it’s exciting to be in the pulse of the city,” says Seidel. “It gives us a lot of confidence knowing we’ll have good neighbors and patrons.”

While the Corvallis Treebeerd’s has décor touches inspired by The Lord of the Rings, the Portland location sticks more to the theme of “trees” and “beer.” The space features warm green walls, gold lighting fixtures, lounge-y corners, and a variety of palms and ferns that blend industrial charm with the outdoorsy atmosphere of the Pacific Northwest.

Now open Tuesday-Saturday, Treebeerd’s Taphouse offers a wide variety of beer and cider as well as bites like hummus, spinach artichoke dip, soft pretzels, and charcuterie. Seidel says the menu will expand throughout the year while the tap list will be rotated regularly to give patrons “the best of craft beer.”